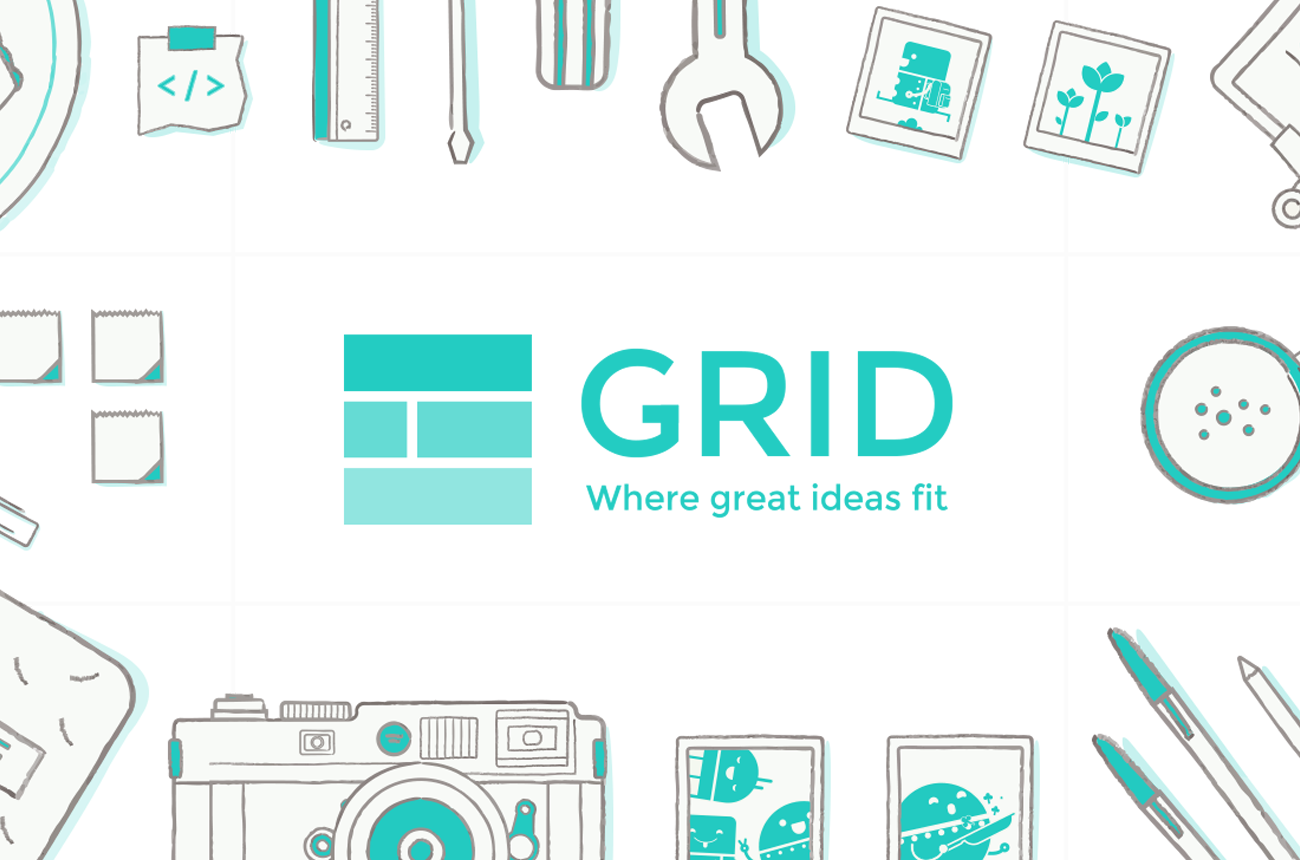 There are many great things about the age of mobile computing, but yet it is still to hard to create and build things on these devices. We are inundated with the ability to consume and order what we want, but severely deprived of the ability to express our ideas. Grid is designed to address just that, to be a collaborative lego set that can express models, ideas, and create simulations.

At it's simplest it was tool to plan a trip with friends, build a small database, collaborate on a storyboard for a movie, or experiment with recipes. At it's most sophisticated you could simulate a city, a business or an eco-system.

The Origin of Grid

Grid was a side project turn YC company after I left Microsoft Excel. I didn't want to just port a spreadsheet to an iPad and touch, but re-invent it for the medium.

There were not only interesting design problems to solve in terms of form and interactions but something in the basic augmentation of how we think and act that software tools like spreadsheets enable; placing most major economies, some militaries, and many weddings under it's structured spell.

"In the relationship between human and computer that underlies the spreadsheet, the human is the repository of knowledge, the smart agent, the active party ... The relationship between person and machine is completely reversed on the Internet . The Net is the knowledge repository, and the user can only search it ... They can go "Home" They can create links. That's it: the vocabulary of a five-year-old confronts the vast messy archive that is the World Wide Web."

The first thing we took a look at was re-inventing the basic behaviors of organization and layout on tablet and mobile devices. We were introducing a lot of new ways of creating and putting things together so we wanted to maintain a high level of object permanence and game like physics to the interface.

Some of the most promising work of the Grid system was it's ability to understand structured information as you built and played with the Grid interface. More than the implicit model in a spreadsheet defined by column headings, Grid could understand patterns and replicate new objects as you naturally interacted with the interface.

"The spreadsheet presumes nothing. It has no specific knowledge, no data, no step it performs. What it offers instead is a complex vocabulary for expressing knowledge. It is, literally, a blank sheet of paper with the notion of columns and rows -- and everything held on that sheet is presumed to come not from the program but from the human user."

Grid creates a blueprint of the first person I made, and allows me to create many more.

The final piece of Grid was it's ability to harness simulation; taking the static system that you defined through manual manipulation, and going beyond even just simple automation.

"In front of a spreadsheet, however their help-lessness and confusion vanish. When users want to show me the sort of information they have been storing, they open elaborate, intricate spreadsheets full of lists and macros and mathematical formulas, links to databases, mail-merge programs, and word processors.

They have, in effect, been programming. I am amazed at the ingenuity shown in putting together these many tools. I am astounded at the complexity managed so deftly by these "naive" end users.

What is it about the Internet, with it's pretty graphics and simple clicks, that makes users feel so inundated; and about the spreadsheet -- so complicated a tool -- that makes them bold?"

Hypergrid was designed to allow you to create living interactive systems that could autonomously grow and change over time, by allowing users to distinguish both explicit and spatial behaviors and connections Grids became expressive emergent systems that could go beyond original intent, if they be so bold.

There were two primary interfaces in grid; one being the spatial layout canvas and the other being the stack system that allowed you to add structure and hierarchy. With some new primitives such as the ability to connect and broadcast outputs from a tile, the concept of frequency and time, Grid became a powerful way to express ideas that simply couldn't have been so far.

By defining the mechanism of how one house can grow, Hypergrid can replicate it into an entire city

The Future of Grid

The company of Grid is no longer operational, and the servers have become to expensive for myself personally to run. There were many beautiful and incredible unsolved problems in Grid, and I look forward to the time when I can return to working on them.